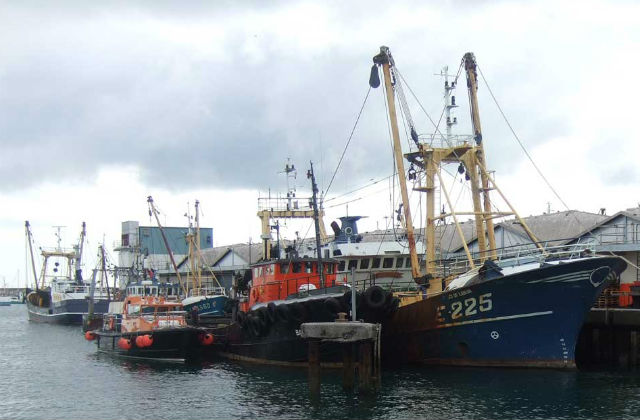 National newspaper coverage that UK vessels fishing legally for scallops in the Bay of Seine were met with aggression by French fishermen has continued today (30 August). Defra are in contact with the industry and the French Administration to encourage meaningful dialogue and prevent further incidents.

Tensions rose following a breakdown of negotiations between the UK and French scallop industries to secure an agreement, similar to that of previous years, whereby British vessels measuring 15 metres and over agree not to enter closed French fishing waters in exchange for an annual allocation of days at sea.

My heart goes out to the British fishermen who were caught up in the terrible scenes that we saw happen earlier this week.

They were fishing entirely legally, they had every right to be in those waters and we talked to the French authorities in order to ensure that we have a protocol.

These are French waters - it’s the responsibility of the French to ensure that those who have a legal right to fish can continue to fish uninterrupted.

.@theresecoffey has launched @hubbubUK’s PET Project - a boat made from 99% recycled plastic - live on @BBCBreakfast. We’ve set out our vision to reduce plastic waste in our 25 year environment plan https://t.co/MFiLcXbCRm pic.twitter.com/HrGcOA4yVU

Live on this morning’s BBC Breakfast, the Environment Minister launched one of only two boats in the world made from 99% plastic waste.

The event, organised by the environmental charity Hubbub’s “PET project”, saw the Minister launch the boat from Richmond Bridge Boathouse in London, to raise awareness of the growing levels of plastic pollution in Britain’s waterways.

I congratulate Hubbub on their innovative creation to raise awareness of the growing levels of plastic pollution in Britain’s waterways.

But there is still more to do to tackle the environmental crisis of plastic waste, and we must work together to stop this scourge on our seas and marine life.

The boat is funded by the Starbucks 5p cup charge and Tideway, who are building a super sewer under London to help stop sewage and litter pollution in the River Thames.