In today's blog we cover Minister Eustice's letter to the European Commission requesting an exemption from the three crop rule, the rise in unwell horses being abandoned and stories on the increase in water company executive pay. 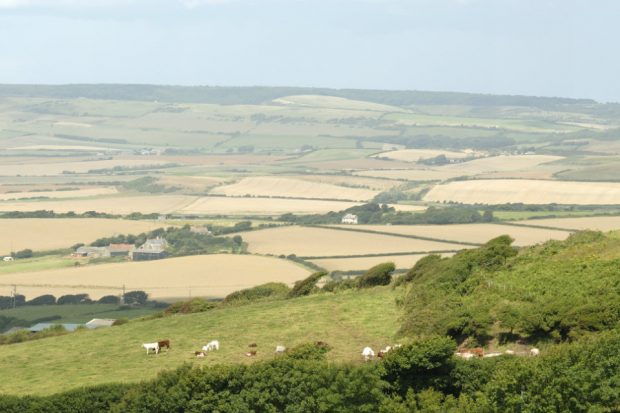 Farming Minister George Eustice has written to the European Commission to request an exemption from the three crop rule for 2018 to support farmers affected by the unusually heavy rain and snow in recent weeks.

The three crop rule – the EU requirement for farmers with 30+ hectares to grow at least three different crops – has been particularly difficult this year given that much of the main sowing period was characterised by heavy rain and snow. Through no fault of their own, farmers in many areas have been unable to sow the crops they had intended to grow.

“We have listened to the concerns raised by farmers and their representatives about the challenges caused by the recent weather conditions.

“With the help of the Devolved Administrations, we have put forward a detailed case to the European Commission for a derogation from the CAP’s crop diversification requirement.

“Farmers will be making their final cropping decisions in the coming weeks, and we hope the Commission will inform us of their decision shortly so we can provide them with clarity.”

The charity revealed that around 1,000 horses were rescued in England and Wales last year – the highest in four years. They also revealed that prosecutions involving horses have risen by 25% in the last two years.

We agree that it is completely unacceptable that horses and ponies are abandoned. We’ve brought in new laws to clamp down on abandonment and fly grazing, making it easier to rehome the animals more quickly and effectively.

We’ve also launched several initiatives to speed up identification of horses and ponies – including launching the Central Equine Database and announcing our intention to extend microchipping requirements.

Anyone who has concerns about illegally abandoned horses or the welfare of any horse should report it to the relevant local authority who have powers to investigate.

Defra recently announced its intention to extend microchipping requirements for horses of all ages in forthcoming regulations on equine identification. The move will make it faster and easier to identify horses and ponies.

Defra are also increasing maximum prison sentences tenfold for animal abusers.  This is one part of our plan to deliver world-leading standards of animal welfare in the years ahead.

This morning’s papers included stories revealing the increase in water company executive pay. The Mirror reported that the combined packages of nine firms’ top directors rose from £8.2m in 2010 to £12.5m during which time customers’ average bills have gone up from £367 to £405.

The Environment Secretary Michael Gove raised this issue earlier this year in his speech ‘A water industry that works for everyone’, delivered directly to water sector CEOs at the Water UK city conference and last week he hosted a roundtable with chief executives from most of the English water companies. They committed to action in a range of areas including tying executive pay and dividends more closely to performance improvements and helping deliver the government’s ambitions in its 25 year plan for the environment.

Michael Gove also wrote to Jonson Cox, the chair of the water regulator of Ofwat last week to give his support to their new proposals on how water companies can be better held to account. He made clear that if Ofwat find that water companies are not fully and promptly cooperating with these new proposals, he will revisit how government can give Ofwat stronger powers to amend licences, through legislation if necessary.