On the blog today we look at the plans to strengthen protection for ancient woodland and ensure new housing developments benefit the environment, look at the data on recycling which informs policy, and the call for EU member states to follow the British government's lead and immediately ban the commercial trade in raw ivory with the EU. We also take a look at the government's work with water companies following supply issues.

Environment at the heart of new planning rules

As part of a major overhaul of planning policy, the Prime Minister has announced moves to strengthen protection for ancient woodland and ensure new developments benefit the environment.

The reforms proposed not only make a major contribution to the government’s ambitions for housing and support economic growth in rural areas, but also take forward a number of commitments made earlier this year in our 25 Year Environment Plan. This includes making sure developments bring ‘environmental net gains’ wherever possible, meaning local biodiversity is improved and in a better state than it was pre-development.

What’s more, the new framework also strengthens protection for ancient woodland. The plans state that “development resulting in the loss or deterioration of irreplaceable habitats such as ancient woodland should be refused, unless there are wholly exceptional reasons” – an approach that has been warmly welcomed by the Woodland Trust and will help to protect this cherished habitat for future generations.

The consultation on a revised National Planning Policy Framework will run until 10 May.

BBC Breakfast and BBC online today reported that our figures overestimate the amount of packaging that is recycled by up to one third, following a report by waste consultancy Eunomia.

Our packaging statistics are based on independent research undertaken by waste industry specialists Valpak and WRAP. As part of our planned reform work on producer responsibility regimes, we will review the data on which we make policy decisions to ensure its ongoing accuracy.

We always use the best available data when calculating our packaging recycling data, based on independent research compiled by independent consultants and industry specialists.

As set out in the Clean Growth Strategy and 25 Year Environment Plan we are working with industry to improve the nation’s recycling rates further, taking action towards our goal of zero avoidable waste and making more products recyclable. 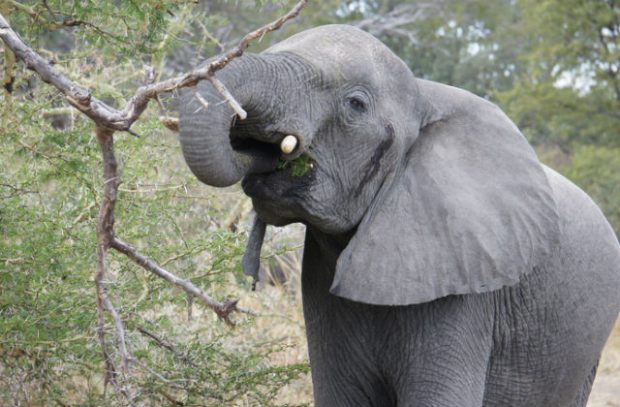 The UK has called on EU member states to follow the British government’s lead and ban the commercial trade in raw ivory within the EU as soon as possible.

Raw ivory trade is already prohibited in the UK and more than 70,000 people responded to the government’s consultation on further restrictions and next steps will be set out shortly.

As we are all aware African elephant populations are declining at an alarming rate primarily due to poaching for ivory. We need to act now. It is only through global action that we can protect this iconic species.

As a world leader in the fight against wildlife trafficking the EU has the opportunity to play its part in the global movement to close legal domestic ivory markets.

Implementing a ban on trade in raw ivory in the EU would be a significant step which we can take as soon as possible. It would demonstrate the EU and its Member States’ commitment to closing their domestic markets.

As a first step, I therefore urge that the EU extends its ban on re-exporting raw ivory to include intra-EU trade in raw ivory.

Thousands of homes and businesses across the UK are still without water following last week’s severe weather. Environment Secretary Thérèse Coffey MP chaired a meeting of water company chief executives, OFWAT and Water UK this morning to make sure water companies are restoring supplies as quickly as possible. The Minister has updated parliament through a written statement, and will be giving an oral statement later today as water companies continue to repair burst mains and damaged pipes caused by freezing temperatures.

Once the situation is restored to normal the government expects OFWAT to review the performance of the companies during this period.

The challenge the sector faces is the sheer number of bursts following the rapid change in weather across multiple companies’ networks. Many of these have been relatively small and difficult to detect; some of the loss of pressure is due to leaks in private homes and businesses.

Water companies have been working hard to address the issues. This includes increasing their staff on the ground out identifying where bursts have occurred and repairing them, as well as moving water across their networks to balance supply across the areas they serve. We should recognise the efforts of the engineers and all involved working through the night to fix these problems. Once the situation is restored to normal we expect OFWAT to review the performance of the companies during this period.

This government actively supports a properly regulated water sector. We have high expectations of water companies on increasing their investment in their water and sewerage networks. This was laid out clearly in the Strategic Policy Statement issued to OFWAT last September, and reinforced by the Environment Secretary last week when he addressed the water industry and said that he expects the industry to increase investment and to improve services by maintaining a resilient network, fixing leaks promptly where they occur and preparing for severe weather.