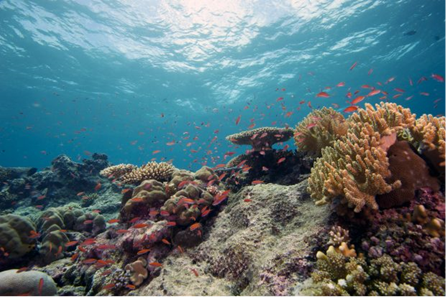 New initiatives announced by the UK Government at the UN Ocean Conference this week to progress our mission to protect at least 30% of the global ocean by 2030 have received coverage in outlets including the Independent, Evening Standard and Business Green.

In the latest instalment of the Fund, we announced a record £150 million will be invested in a new global programme, known as COAST, to protect and restore valuable coastal and marine habitats such as corals, mangroves and seagrasses, improve the sustainability and productivity of small-scale fisheries, and help developing countries unlock aquaculture’s potential.

Up to £100 million of Blue Planet funding will also be used to support the implementation, management and enforcement of Marine Protected Areas, which are created to limit potentially damaging activity at sea and support the recovery of key habitats and marine species, and other effective conservation measures in developing countries.

The world’s ocean is in crisis and we have reached a tipping point. This week world leaders came together to redouble their efforts to protect the marine environment. But it absolutely critical these commitments are translated into action and that our ocean remains firmly on the global agenda.

“Through our new £500 million Blue Planet Fund we are helping countries tackle a wide range of issues, from illegal fishing to plastic pollution and marine protection. And I’m delighted to announce further UK support for the goal to protect 30% of the world’s ocean by 2030, including £154 million for coastal restoration and up to £100 million for marine protection.

The UK government, with Canada and the US, also this week launched a world-first global alliance to tackle illegal, unregulated and unreported (IUU) fishing which poses a threat to ocean ecosystems, coastal communities and global fish stocks by undermining fisheries management and distorting trade.

These announcements sit alongside continued support and funding for programmes under the Blue Planet Fund.