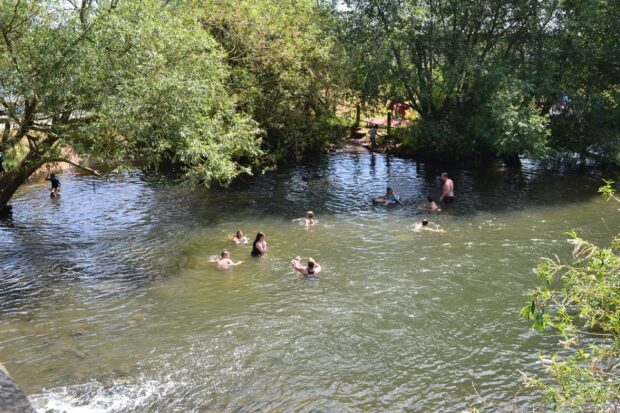 There has been widespread positive coverage today in The Times, the Telegraph, the Guardian, the Independent, BBC News and Sky News of Defra’s announcement that part of the Wolvercote Mill Stream at Port Meadow, Oxford, and the East Cowes Esplanade on the Isle of Wight will be added to the list of bathing waters in England from next month.

This follows public consultations which ran from 9 February to 2 March on designating the sites, which are popular swimming and paddling spots for both local residents and visitors to the area.

The residents of Oxford and the Isle of Wight have shown their overwhelming approval for these sites as places to enjoy and connect with nature, so I am pleased to see these locations receiving designated bathing water status.

While bathing water quality has improved in recent years and England now has the cleanest bathing waters since records began, we know that water quality at these sites won’t change overnight. It will take time and all those with a role to play must commit to achieve the necessary improvements.

We are continuing to drive up the quality of lakes, rivers and seas for the public to enjoy through the measures in our Environment Act, and I would encourage more applications for popular bathing areas, both inland and coastal, that may also be suitable for designation.

The Environment Agency has been monitoring and driving improvements at coastal and inland bathing waters since the 1990s, and in this time there have been significant improvements to water quality. In 2021, 99 per cent of England’s bathing waters met the minimum bathing water standard – the highest number since new standards were introduced in 2015.