Today the Environment Secretary of State @michaelgove announced a consultation to ban third party puppy and kitten sales in England and help increase the standards of #AnimalWelfare. Find out more about the ban & #LucysLaw: https://t.co/uDpLznJrxS pic.twitter.com/LM37Cqnmse

Our announcement of a consultation to ban the third party sales of puppies and kittens has been a leading story on this morning’s national broadcast media including Good Morning Britain, Sky News, the Today Programme and BBC Breakfast.

This story was also on the front page of today’s Daily Mirror - who have campaigned on this issue for a number of years.

The coverage has focussed on the high profile Lucy’s Law campaign, the plight of the animals that led to this campaign and praise for the Secretary of State for listening to stakeholders and announcing this consultation.

A ban on third party sales will ensure the nation’s much-loved pets get the right start in life. I pay tribute to the Lucy’s Law campaign, spearheaded by PupAid, Care And Respect Includes All Dogs (CARIAD), and Canine Action UK, who have fought tirelessly for this step.

People who have a complete disregard for pet welfare will no longer be able to profit from this miserable trade.

This move has also been strongly welcomed by animal welfare groups and the campaigners who led the campaign for this ban. There has been interviews this morning with Marc Abraham, RSPCA, Dogs Trust and the Kennel Club welcoming this announcement and the improvement it will bring to animal welfare.

I'm delighted with the news that Lucy's Law is finally going to happen. For years irresponsible breeders in the UK and abroad, e.g. puppy farmers, have always used third parties to keep themselves well-hidden from the buying public. By banning third party sellers, Lucy's Law will ensure all breeders are accountable, making it the first major step in tackling puppy farm cruelty.

Lucy's Law is a tribute to Lucy and all the victims of the third party puppy trade; and I thank all my fellow campaigners, supporters, parliamentarians, celebrities & ethical animal welfare organisations for their help in protecting the future health and happiness of this country's dogs and cats.

The RSPCA knows first-hand the misery the puppy trade causes to dogs and families. The only people who profit from this unscrupulous trade are the sellers.

We believe it’s vital to crackdown on this underground trade to provide much-needed protection to dogs and people, and welcome an end to the third-party sales of puppies. Coupled with the new licensing regime and proper enforcement, we believe the new system will help ensure better health and welfare for dogs and will better protect people from being duped by unscrupulous sellers.

Chief Executive of the Environment Agency interviewed about flooding and regulation 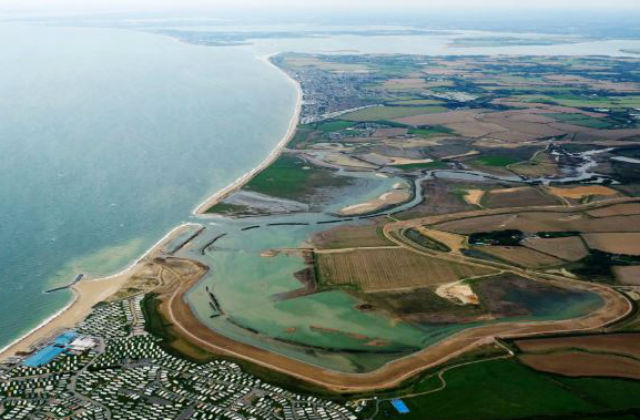 Sir James Bevan, the Chief Executive of the Environment Agency, has been interviewed by the New Civil Engineer. The interview covers Bevan’s views on a wide range of issues including the importance of regulating well, the role of engineers in the agency, the need for both hard and soft engineering, the capital investment programme, our role in critical infrastructure schemes, our incident response, future demand for water and the importance of sustainable growth.

The interview concludes with James’ warning that climate change is the biggest threat to the UK in the long term and highlights that the Environment Agency works with government at all levels to shape the response, from the 25 Year Environment Plan launched by prime minister Theresa May in January, to staff embedded in major projects such as High Speed 2.