Secretary of State Michael Gove has today called on the sports industry to join the fight against plastic pollution in the world’s oceans.

As part of the Commonwealth Heads of Government Meeting taking place in London this week, the Environment Secretary hosted leaders from across the sports sector on board the HMS Belfast in London this morning, to drive forward innovation and agree actions. Together with representatives from Premier League football, swimming and ocean sailing, he looked at how the sector can use its influence to tackle this blight and bring about global change.

With mass sporting events often generating up to 750,000 plastic bottles and seven tonnes of waste, the sports industry can play a leading role in the global scourge of plastics.

The news was covered by Mail Online, The Sun and the i.

Plastic pollution is one of the most pressing environmental challenges of our time and we all have a role to play to tackle the threats our oceans face.

There are few groups which have the global reach and power the sports sector does to inspire change and mobilise action. The industry is already making great strides, and I look forward to seeing how they can build on this progress to be true ambassadors for global change.

The Premier League is well aware of the importance of taking action against plastic pollution, it affects us all and our fans expect us to do what we can to tackle this threat. We are here today to learn from others as we develop our plans to reduce plastic use throughout our operations.

We also want to use our reach to fans here and across the world to spread the word that each and every one of us can make a difference by choosing to use less plastic.

There has also been media coverage on Costa Coffee’s decision to recycle as many disposable cups as it sells by 2020 in The Sun, the Times, Guardian, Independent, Mirror, Metro and HuffPost. BBC News reports that 2.5 billion disposable coffee cups are thrown away each year in the UK and this decision will increase recycling rates of these items as 99.75 percent are currently not recycled.

Congratulations Costa on taking this significant step to help coffee lovers do the right thing and increase recycling. We all have a responsibility to our environment and this is a significant step by a British business which should dramatically increase the number of disposable coffee cups we recycle in this country.

We want to help companies become plastic free and through our 25 Year Environment Plan we are putting in place the ambitions to encourage all of us to play our part in ending the scourge of plastic waste in our natural environment. 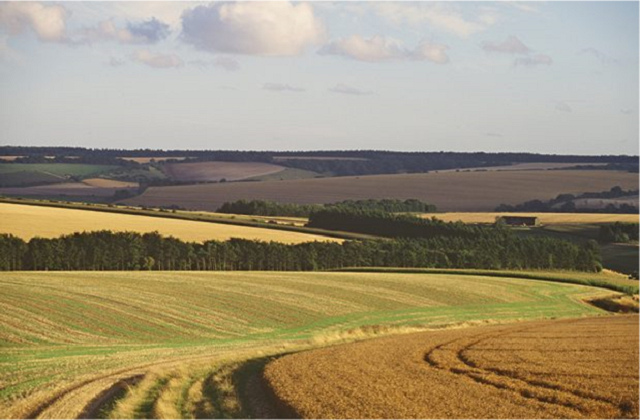 Farmers Guardian, Farmers Weekly, FarmingUK, Fruitnet and Western Morning News have covered our announcement on bridging payments, worth more than £117 million, having reached over 3,200 farms.

More than 96% of farmers in England signed up to the 2017 Basic Payment Scheme (BPS) have now received their full payments and the Rural Payments Agency is working to ensure that the remaining 4% of payments, which require more complex processing, are completed as soon as possible.

Farming Minister George Eustice announced earlier this year that a bridging payment would be provided to any farmer not paid by the end of March. These payments are worth 75% of their full allocated amount.

We have made solid progress in delivering payments to farmers this year, with more than 96% now paid, and I am pleased so many of this final 4% have now received their bridging payments.

As always, there is more to do, and the RPA will continue working to make the final remaining payments. But now is also the time to get online to make sure your application for 2018 is in before the deadline closes in May.

Over 18,000 2018 BPS applications have already been submitted since applications opened in March, with a record 90% of the applications made being online as farmers make the switch from paper forms.